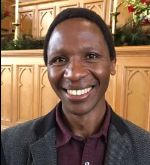 Generally, when people come together to formally create a community, commitment is one of the principle factors for achieving an objective that involves a group people. Commitment helps members remain focused on an organization’s purpose amidst the fluctuations of individual interests and environments. Commitment is highly associated with healthy family relationships, company/institution/organization’s high productivity, and the political stability of a nation.

Nevertheless, getting people to commit has been a challenge for many organizations. Scholars such as John Meyer, Natalie Allen, Jeffrey M. Adams, and Warren H. Jones share several reasons why people shy away from commitment, some of which include:

• Traumas experienced from past commitments (e.g., childhood abuse, memories of loss as a result of being swindled of hard-earned investment, and failure can all leave prints of fear on people which make them shy away from committing themselves to any corporate project)

• Fear of lifestyle change (e.g., in marriage commitment, a partner’s preferences on time and other resources shift from the individual to a couple’s agreement)

• Fear of responsibilities (e.g., in a community project, every individual will have assignments and duties to carry, one will be held accountable in line with duties and power bestowed upon them where there a corporate objective that calls for working with others)

These authors go on to advise organizations to cultivate commitment by addressing fears and deficiencies that people they interact with portray.

This summer, I encountered a scenario that I believe demonstrates another aspect of why people shy away from commitment. As an international student, I had planned to travel back to my home country and be with my family for the 3-month break. Unfortunately, the COVID-19 pandemic interrupted all my plans. As I was figuring out how to spend my long summer break, I encountered other students who were in the same dilemma of having a lot of time with very few planned commitments.

This situation brought to my mind the unfortunate reality for many young adults in Kenya, who have a lot of time without planned commitments due to the unemployment challenges in the country that have negatively affected many young adults. When I coupled this thought with my passion for human flourishing, specifically for the unemployed young adults, I decided to reach out to my fellow students who had expressed feeling the same struggle as I had been feeling. I suggested a project that focused on creating some healthy living practices to help bring about greater flourishing in our own lives and that we could ultimately share with our communities back home and beyond. I was optimistic as it appeared that my idea for this small group attracted almost 100% commitment judging from the interest and promises I got from the students I contacted via email. However, this translated into 0% commitment at our first meeting… no one showed up. I sent out a follow-up email twice outlining the anticipated objectives, activities, and time commitment (2 hours weekly), which ended up with only one person out of ten agreeing to commit to this group. As a result, I terminated the project, took some time to reflect on the experience, and came up with another project I could do as part of my internship with HSHC.

Just shortly after experiencing disappointment with the small group project due to people being unwilling to commit, the US Department of Homeland Security released ICE regulations that stated the F1-Visa status of international students who planned to take virtual classes in the fall 2020 semester would be revoked. It questioned whether these students should be allowed to stay in the United States if they were not taking classes in person (even if they had no choice but to take the classes online) and threatened the possibility of them being sent home if their schools did not comply with the new regulations. The ICE regulations were threatening to the health and safety of me and my fellow international students and created a lot of anxiety, uncertainty and frustration. Despite my very recent experience of not being able to get students to commit to my small group project, I suggested to them that we come together and seek our “survival/flourishing” in the reality of the ICE regulations. I was surprised because all of the students I asked committed themselves to the idea; even though the notice was abrupt and the agenda was unclear. When I compare this later commitment with the former, especially considering that in both instances I asked many of those same students who had turned down my project on flourishing, I came to discover that commitment could also be influenced by how people interpret the information and data they encounter.

In recent protests, some have stated, “We (people) are not mere statistics.” The former secretary-general of the United Nations (UN), Ban Ki-moon, in his opening remarks at the UN conference in New York, said, “We all understand that people can never be reduced to mere numbers.” (UN, Press release, April 11, 2016). Inferring that the UN conference represents policymakers of nations in the world, who often deal with data and statistics, I see Ki-moon’s statement as affirming the idea that humans may be vulnerable to the interpretation of statistics as “mere numbers” rather than seeing the reality that data represents real people and the occurrences that affect them. Health risks, disease, disasters, and human struggles are all often communicated through numbers instead of ways that humanize their effects, through statistics instead of stories.

Analyzing my experiences related to the commitment of seminarians involved in the flourishing project and international students’ flourishing in the reality of ICE regulations, I see a binary of non-commitment and commitment. What causes contrasting results? I presume commitment could be influenced by a human’s relationship to the data they are processing as well as whether or not a person’s wellbeing/flourishing is affected by that data; their wellbeing is threatened and so they respond, which then changes the statistics from “mere data” into something embodied by real people and the real occurrences that affect them. These people then demonstrate total commitment to courses that seem to safeguard their wellbeing and survival, and vice-versa, showing that people are often most often reactive instead of proactive. Commitment is at the foundation of social life, often where well-being, health, wholeness, and flourishing meet. Moreover, people commit themselves when data directly affects them. It therefore seems that to earn the commitment of seminarians to a course of wellbeing demands addressing the challenge of seeing data as “mere numbers” and instead connecting it to the well-being of those being asked to commit. In Luke 10:25-37, the parable of the Good Samaritan, one sees Jesus contend with the human tendency to treat people and real occurrences that affect people as mere statistics. In verse 26, it seems that Jesus points to the problem of how people are interpreting the data (in this case, Law): “What is written? How do you read?” Moreover, in verses 29-37, Jesus unmasks how interpreting statistics (here, the neighbor – a man beaten by robbers and left half dead) as a “mere number”, as opposed to a flesh and blood person, influences how a person commits themselves. Jesus didn’t give the identity of the man beaten by robbers, probably to let the lawyer interpret that he could likely fall into the hands of robbers just as easily as the man. It seems, then, that sharing stories of how people are vulnerable to threats against their wellbeing could help people see themselves represented in the statistics. I suspect that people’s connection to the data is a key factor in how people commit themselves to human well-being and flourishing.